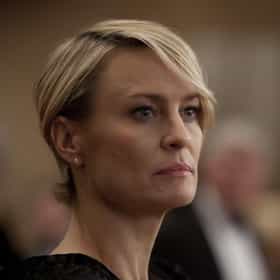 Robin Gayle Wright (born April 8, 1966) is an American actress. She is the recipient of eight Primetime Emmy Award nominations and has earned a Golden Globe Award and a Satellite Award for her work in television. Wright first gained attention for her role in the NBC Daytime soap opera Santa Barbara, as Kelly Capwell from 1984 to 1988. She then made the transition to film, starring in the romantic comedy fantasy adventure film The Princess Bride (1987). This role led Wright to further success in the film industry, with starring roles in films such as Forrest Gump (1994), the romantic drama Message in a Bottle (1999), the superhero drama-thriller Unbreakable (2000), the historical drama ... more on Wikipedia

Robin Wright is ranked on...

Robin Wright is also found on...