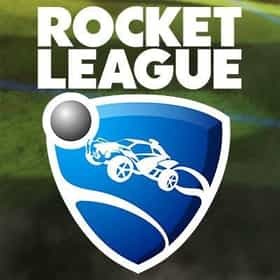 Rocket League is a vehicular soccer video game developed and published by Psyonix. The game was first released for Microsoft Windows and PlayStation 4 in July 2015, with ports for Xbox One, OS X, Linux, and Nintendo Switch later being released. Described as "soccer, but with rocket-powered cars", Rocket League has one to four players assigned to each of the two teams, using rocket-powered vehicles to hit a ball into their opponent's goal and score points over the course of a match. Rocket League is a sequel to Psyonix's Supersonic Acrobatic Rocket-Powered Battle-Cars, a 2008 video game for the PlayStation 3. Battle-Cars received mixed reviews and was not a major success, but ... more on Wikipedia

Rocket League is ranked on...