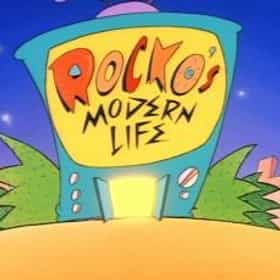 Rocko's Modern Life is an American animated television series created by Joe Murray for Nickelodeon. The series centers on the surreal life of an anthropomorphic Australian-immigrant wallaby named Rocko as well as his friends: the gluttonous steer Heffer, the neurotic turtle Filburt, and Rocko's faithful dog Spunky. It is set in the fictional town of O-Town, and is laden with adult humor, including double entendre, innuendo, and satirical social commentary. Murray created the title character for an unpublished comic book series in the late 1980s, and later reluctantly pitched the series to Nickelodeon, who were looking for edgier cartoonists for their new Nicktoons. The network gave ... more on Wikipedia

Rocko's Modern Life is ranked on...