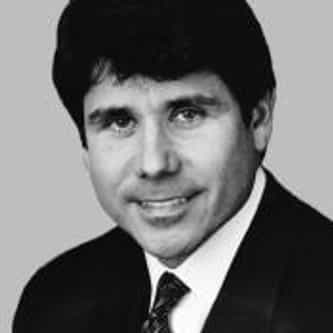 Rod Blagojevich (, born December 10, 1956) is an American former politician who served as the 40th Governor of Illinois from 2003 until his impeachment, conviction, and removal from office in 2009. A Democrat, Blagojevich was a state representative before being elected to the United States House of Representatives representing parts of Chicago. He was elected governor in 2002, the first Democrat to win the office since Dan Walker's victory 30 years earlier and won reelection to a second ... more on Wikipedia

Rod Blagojevich IS LISTED ON