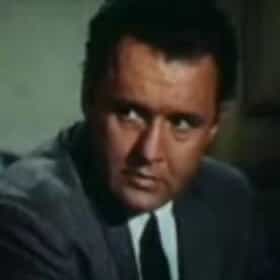 Rodney Stephen Steiger (April 14, 1925 – July 9, 2002) was an American actor, noted for his portrayal of offbeat, often volatile and crazed characters. Cited as "one of Hollywood's most charismatic and dynamic stars," he is closely associated with the art of method acting, embodying the characters he played, which at times led to clashes with directors and co-stars. He starred as Marlon Brando's mobster brother Charley in On the Waterfront (1954), the title character Sol Nazerman in The Pawnbroker (1964), and as police chief Bill Gillespie opposite Sidney Poitier in the film In the Heat of the Night (1967) which won him the Academy Award for Best Actor. Steiger was born in ... more on Wikipedia

Rod Steiger is ranked on...

Rod Steiger is also found on...