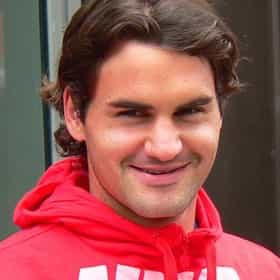 ← Roger Federer (German pronunciation: [ˈrɔdʒər ˈfeːdərər]; born 8 August 1981) is a Swiss professional tennis player who is currently ranked world No. 3 in men's singles tennis by the Association of Tennis Professionals (ATP). He has won 20 Grand Slam singles titles—the most in history by a male player—and has held the world No. 1 spot in the ATP rankings for a record total of 310 weeks, including a record 237 consecutive weeks. After turning professional in 1998, he was continuously ranked in the top ten from October 2002 to November 2016. In majors, Federer has won a record eight Wimbledon titles, six Australian Open titles, five US Open titles (all consecutive, a record), and one ... more on Wikipedia

Roger Federer is ranked on...

Roger Federer is also found on...