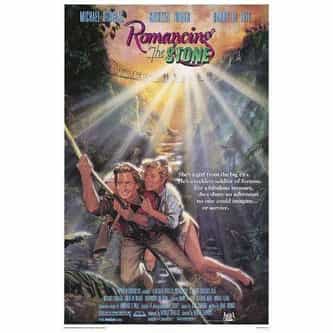 Sequel
The Jewel of the Nile

Romancing the Stone is a 1984 American action-adventure romantic comedy. Directed by Robert Zemeckis, it stars Michael Douglas, Kathleen Turner and Danny DeVito. The film was followed by a 1985 sequel, The Jewel of the Nile. The film earned over $86,572,238 worldwide in box-office receipts. It also helped launch Turner to stardom, reintroduced Douglas to the public as a capable leading man, and gave Zemeckis his first box-office success. Decades later, it retains critical acclaim, with an ... more on Wikipedia

Romancing the Stone IS LISTED ON