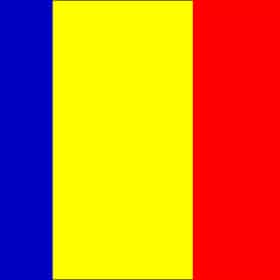 Romania, is a unitary semi-presidential republic located in Southeastern-Central Europe, bordering the Black Sea, between Bulgaria and Ukraine. It also borders Hungary, Serbia, and Moldova. It covers 238,391 square kilometres and has a temperate-continental climate. With its 19.9 million inhabitants, it is the seventh most populous member of the European Union. Its capital and largest city, Bucharest, is the sixth largest city in the EU. ... more on Wikipedia

The Best Romania Soccer Players & Footballers of All Time 10k votes The best Romanian soccer players have been international superstars and altered the way the game is played. In addition to b...
The Best Tennis Players from Romania 2k votes List of the best tennis players from Romania, listed by popularity with photos of the players when available. Romania has pr...

Romania is ranked on...

Romania is also found on...