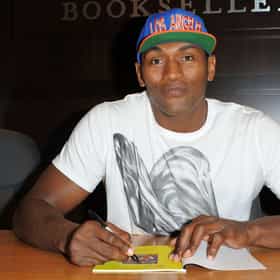 Metta World Peace (born Ronald William Artest Jr.; November 13, 1979) is an American professional basketball coach and former player. He is currently the player development coach for the South Bay Lakers of the NBA G League. He was known as Ron Artest before legally changing his name in September 2011. World Peace gained a reputation as one of the league's premier defenders as he won the NBA Defensive Player of the Year Award in 2004 when he was also named an NBA All-Star and earned All-NBA honors. He was a participant in several controversial on-court incidents, most notably the Malice at the Palace, and is known for his sometimes eccentric and outspoken behavior. He won an NBA ... more on Wikipedia

Metta World Peace is ranked on...