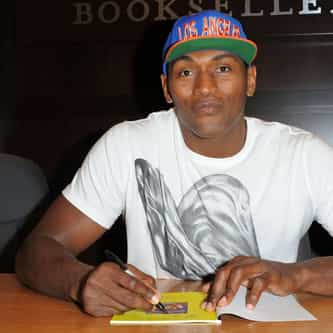 Credits (TV)
Dancing with the Stars

Credits
Think Like a Man
Mr Immortality: The Life and Times of Twista
The Grind
BET Awards

Albums
Make a Wish
My World

Metta World Peace (born Ronald William Artest Jr.; November 13, 1979) is an American professional basketball coach and former player. He is currently the player development coach for the South Bay Lakers of the NBA G League. He was known as Ron Artest before legally changing his name in September 2011. World Peace gained a reputation as one of the league's premier defenders as he won the NBA Defensive Player of the Year Award in 2004 when he was also named an NBA All-Star and earned ... more on Wikipedia

Metta World Peace IS LISTED ON