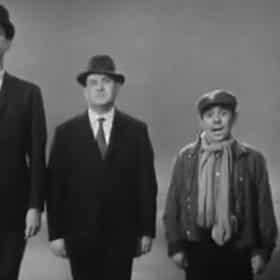 Ronald Balfour Corbett (4 December 1930 – 31 March 2016) was a Scottish stand-up comedian, actor, writer, and broadcaster, best known for his long association with Ronnie Barker in the BBC television comedy sketch show The Two Ronnies. He achieved prominence in David Frost's 1960s satirical comedy programme The Frost Report (with Barker) and subsequently starred in sitcoms such as No – That's Me Over Here!, Now Look Here, and Sorry!. Corbett began his acting career after moving from Edinburgh to London; he had early roles in the TV series Crackerjack and The Saint, and appeared in the films You're Only Young Twice, Rockets Galore!, Casino Royale, Some Will, Some Won't, and No Sex ... more on Wikipedia

Ronnie Corbett is ranked on...

Ronnie Corbett is also found on...