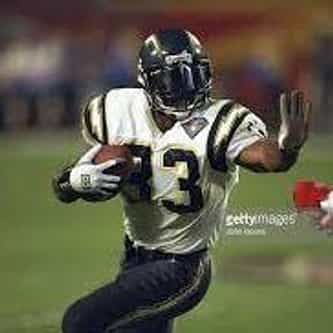 Ronnie Keith Harmon (born May 7, 1964) is a former professional American football player. After a standout career at the University of Iowa in the Big Ten Conference, he played for 12 seasons (1986–1997) in the NFL. A 6 foot tall, 220-lb. running back, Harmon was selected by the Buffalo Bills in the 1st round (16th overall) of the 1986 NFL Draft. Harmon was better known for his receiving rather than his rushing capabilities, a reputation he earned after committing four fumbles, all of ... more on Wikipedia

Ronnie Harmon IS LISTED ON