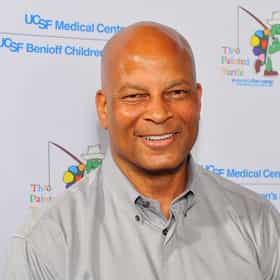 Ronald Mandel Lott (born May 8, 1959) is an American former professional football player who was a cornerback, free safety, and strong safety in the National Football League (NFL) for fourteen seasons during the 1980s and 1990s. Lott played college football for the University of Southern California (USC), and was honored as a consensus All-American. A first-round pick in the 1981 NFL Draft, he played for the San Francisco 49ers, Los Angeles Raiders, New York Jets, and Kansas City Chiefs of the NFL. Lott was elected into the Pro Football Hall of Fame in 2000, and is widely considered to be one of the best of all time at the safety position in NFL history and one of the best players in ... more on Wikipedia

Ronnie Lott is ranked on...

Ronnie Lott is also found on...