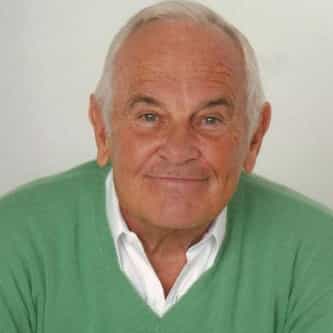 Ronald Ralph Schell (born December 23, 1931) is an American actor, stand-up comedian, and voice actor. He appeared on the May 28, 1959, episode of the TV quiz program You Bet Your Life, hosted by Groucho Marx. Schell demonstrated a comic barrage of beatnik jive talk. As a stand-up comedian, he first developed his act at the hungry i nightclub in San Francisco, California. Schell is probably best known in his 1960s television role as Duke Slater in Gomer Pyle, U.S.M.C. ... more on Wikipedia

Ronnie Schell IS LISTED ON