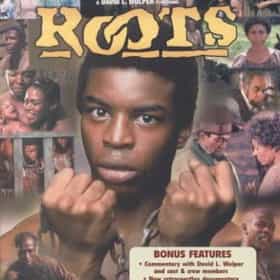 This award-winning six-part historical epic was one of the first examples of the miniseries format and one of the highest-rated television programs in broadcasting history. Based on the best-selling novel by author Alex Haley, Roots chronicles the progress of Haley's own family across many generations. Kunta Kinte (LeVar Burton) is a young tribesman of coastal Africa who has passed the rituals marking his transition into manhood. Searching for wood to build a drum, he is set upon by slavers who sell him in the United States after a nightmarish Atlantic crossing. ... more on Wikipedia

Roots is ranked on...

Roots is also found on...