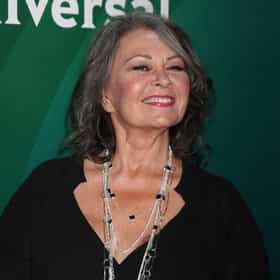 Roseanne Cherrie Barr (born November 3, 1952) is an American actress, comedian, writer, and television producer. Barr began her career in stand-up comedy before gaining acclaim in the television sitcom Roseanne (1988–1997; 2018). She won an Emmy and a Golden Globe Award for Best Actress for her work on the show. Barr became a stand-up comedian in 1980. In the late 1980s and early 1990s, she gained fame through her role in Roseanne and other performances. Barr sparked controversy when performing "The Star-Spangled Banner" at a nationally aired baseball game on July 25, 1990. After singing the anthem in what many perceived to be a deliberately disrespectful manner, Barr grabbed ... more on Wikipedia

Things Most People Don't Know About Roseanne Barr 310.3k views In terms of family sitcoms, Roseanne sets the bar pretty high. The show premiered on ABC in 1988, and audiences across the U...
Should Roseanne's Show Have Been Canceled Because Of Her Racist Tweet? 8.9k votes In March 2018, Roseanne returned to the air after more than two decades. While some decried the show and its politics as out...

Roseanne Barr is ranked on...

Roseanne Barr is also found on...