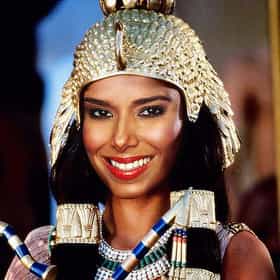 Roselyn Sánchez is ranked on...

#623 of 1,027 The Most Beautiful Women In Hollywood 4.5M VOTES The most beautiful women in the world are a great mix of attractive TV actresses, singers, models, and more, ...
#531 of 3,139 The Most Beautiful Celebrities Of Our Time 6.3M VOTES This list of hot celebrities is ranked by pop culture junkies worldwide, making it the best place to find the most attractiv...
#14 of 49 The Most Beautiful Latina Celebrities 222.4k VOTES Who are the most gorgeous Latinas in Hollywood? This list includes some true Latin beauties, women whose exotic looks can st...
#21 of 93 The Best Hispanic & Latina Actresses 29.7k VOTES This list ranks the best Hispanic and Latina actresses in American and English-speaking film history, ranked by your votes. ...
#63 of 210 Your Favorite Hispanic Celebrities 34.8k VOTES A List of Famous Hispanic Celebrities, with photos! These are some of the most well known Mexican Americans in the United St...
Underappreciated Celeb Hotties 99k VIEWS This list is a compilation of some of the underappreciated female celebrities. They are ranked in the same order as my full ...

Roselyn Sánchez is also found on...