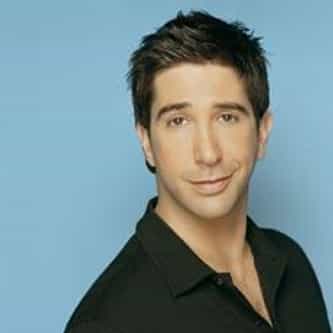 Episode
The One Where Joey Speaks French

Ross Eustace Geller, Ph.D. is a fictional character from the NBC sitcom Friends, portrayed by David Schwimmer. Ross is the smartest member of the group and is noted for his goofy, lovable demeanor. His relationship with Rachel Green was included in TV Guide '​s list of the best TV couples of all time, as well as Entertainment Weekly '​s "30 Best 'Will They/Won't They?' TV Couples". ... more on Wikipedia

12.7k votes The Creepiest Things Ross from Friends Ever Did

1.2k votes The Most Insufferable Things Ross Geller Did On 'Friends'

507 votes The Best Things Ever Said by Ross: The Divorce Force

2.2k votes The Many Different Shades Of Ross Geller, Ranked

435 votes The Best Ross and Rachel Episodes of 'Friends'

Ross Geller IS LISTED ON