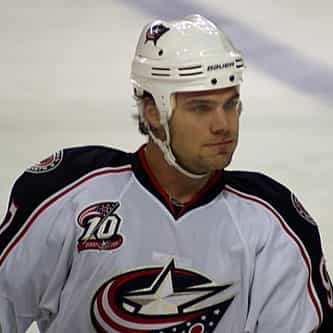 Rostislav "Rusty" Klesla (born March 21, 1982) is a Czech former professional ice hockey defenceman. Klesla was selected fourth overall by the Columbus Blue Jackets in the 2000 NHL Entry Draft, making him the first ever pick in an entry draft by the Blue Jackets. He has also played in the NHL with the Phoenix Coyotes. ... more on Wikipedia

Rostislav Klesla IS LISTED ON