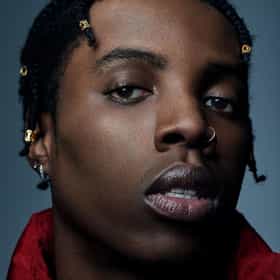 Denzel Spencer (born April 18, 1996), better known by his stage name Roy Woods (stylized as Roy Wood$), is a Canadian rapper, singer and songwriter from Brampton, Ontario. He is signed to OVO Sound, the record label co-founded by rapper Drake, producer Noah "40" Shebib and Oliver El-Khatib. He is also the founder of the collective Unlock The Underground. Woods has said some of his biggest influences are Michael Jackson, Drake, Nelly, The Weeknd and PartyNextDoor. Woods has also started an artist collective, titled Unlock The Underground, which is a branch of the OVO Sound. The artists on this collective include Toronto talents TRIPSIXX, DRIPXXXX and DOLOINDACUT as Roy's ... more on Wikipedia

Roy Woods is ranked on...

#23 of 28 The Best Rappers To Listen To If You Like Drake 1.1k VOTES If you're a fan of Drake, here is a list of rappers who make similar music. Known for his catchy hooks and smooth beats...