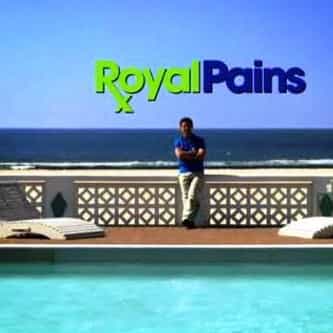 Royal Pains is a USA Network television series that premiered on June 4, 2009, starring Mark Feuerstein, Paulo Costanzo, Jill Flint, Reshma Shetty, Brooke D'Orsay, Ben Shenkman, and Campbell Scott. The series is based in part on actual concierge medicine practices of independent doctors and companies. On November 5, 2014 USA renewed the series for season 7 and season 8. Each season will consist of 8 episodes. On April 7, 2015, USA announced that the seventh season will premiere on Tuesday, ... more on Wikipedia

Royal Pains IS LISTED ON