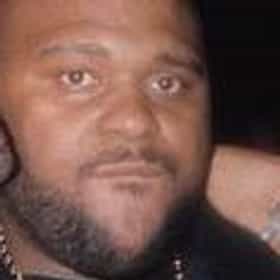 Christopher Ruben Studdard (born September 12, 1978) is an American R&B, pop and gospel singer and actor. He rose to fame as winner of the second season of American Idol and received a Grammy Award nomination in 2003 for Best Male R&B Vocal Performance for his recording of "Superstar." In the years following Idol, Studdard has released seven studio albums, including his platinum-selling debut, Soulful, and the top-selling gospel follow-up, I Need an Angel. He is most well known for his recording career, which has produced hits including "Flying Without Wings," "Sorry 2004," and "Change Me," but he has also segued into television and stage ... more on Wikipedia

Ruben Studdard is ranked on...

#21 of 161 People who voted for Ruben Studdard... People under 30 are 7x more likely to vote for this Women are 2x more likely to vote for this The Best American Idol Contestants Ever 95.2k VOTES Who are the best American Idol contestants ever? As the FOX reality singing competition show continues on after a dozen seas...
#12 of 17 All 17 'American Idol' Winners, Ranked 437 VOTES There have been 17 American Idol winners. Here, we will rank each other past American Idol winners to see who is the most be...
#39 of 100 The Best Musical Artists From Alabama 1k VOTES Here are the best artists and bands from Alabama. Alabama has had a thriving music scene for well over a century now. The st...
Famous People Named Ruben 3.8k VIEWS Who knew there were so many famous people named Ruben in the world? Our list of celebrities named Ruben includes pictures ...
Celebrities Who Have Been Busted For Tax Evasion 111k VIEWS This list contains information about celebrities who have experienced tax trouble, loosely ranked by fame and popularity. ...
19 Celebrities Who Married Their Fans 2.5M VIEWS It’s a tale as old as time: Boy meets girl, boy falls in love with girl. Girl realizes boy is an internationally f...
The Most Successful Obese Americans 647.4k VIEWS The most successful obese Americans include men and women who despite being overweight, have found mainstream success. These...

Ruben Studdard is also found on...