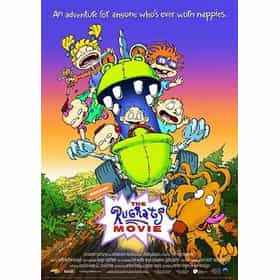 The Rugrats film series is a trilogy of animated adventure films based on the popular Nickelodeon cartoon, Rugrats, created by Arlene Klasky, Gábor Csupó, and Paul Germain. The TV series, one of Nickelodeon's all-time most popular, as well as one of the longest-running cartoon series in American history, ran from 1991 until 2004, while the three films were released in 1998, 2000, and 2003. The three films received mostly mixed to positive reviews from film reviewers, but were all commercial successes, collectively grossing nearly $300 million worldwide. ... more on Wikipedia

Rugrats Franchise is ranked on...