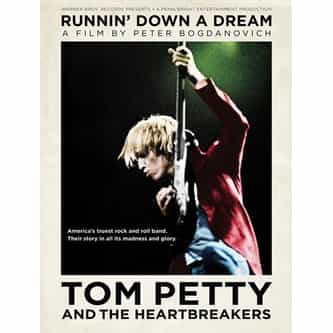 Runnin' Down a Dream

Runnin' Down a Dream is a 2007 documentary film about Tom Petty and the Heartbreakers, directed by Peter Bogdanovich. The 4-hour documentary chronicles the history of the band, from its inception as Mudcrutch, right up to the 30th-anniversary concert in Petty's home town of Gainesville, Florida, on September 21, 2006, at the Stephen C. O'Connell Center, University of Florida. The film features interviews with George Harrison, Eddie Vedder, Stevie Nicks, Dave Grohl, Jeff Lynne, Rick Rubin, ... more on Wikipedia

Runnin' Down a Dream IS LISTED ON