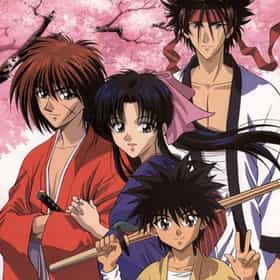 Rurouni Kenshin: Meiji Swordsman Romantic Story, also known as Rurouni Kenshin and Samurai X, is a Japanese manga series written and illustrated by Nobuhiro Watsuki. The story begins during the 11th year of the Meiji period in Japan and follows a a person from the Bakumatsu, named Himura Kenshin. After his work against the bakufu, Hitokiri Battosai disappears to become Himura Kenshin: a wandering samurai who protects the people of Japan with a vow of never to take another life. ... more on Wikipedia

Rurouni Kenshin is ranked on...