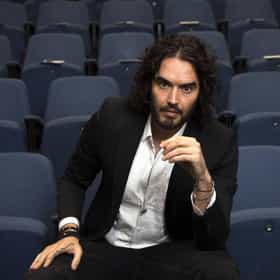 Russell Edward Brand (born 4 June 1975) is an English comedian, actor, radio host, author, and activist. After beginning his career as a stand-up comedian and later becoming an MTV presenter, Brand first achieved renown in 2004 as the host of Big Brother's Big Mouth, a Big Brother spin-off. In 2007, he had his first major film role in St Trinian's, and the following year he landed a major role in the romantic comedy-drama Forgetting Sarah Marshall; the film led to him starring in a spin off, the rock comedy Get Him to the Greek, alongside Jonah Hill in 2010. He also worked as a voice actor in the animated films Despicable Me in 2010, Hop in 2011, and Despicable Me 2 in 2013, and played ... more on Wikipedia

Russell Brand is ranked on...

Russell Brand is also found on...