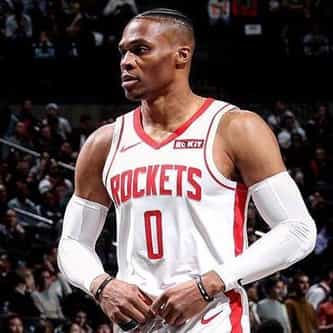 Russell Westbrook III (born November 12, 1988) is an American professional basketball player for the Houston Rockets of the National Basketball Association (NBA). He is an eight-time NBA All-Star and earned the NBA Most Valuable Player Award in the 2016–17 season. He is also an eight-time All-NBA Team member, led the league in scoring in 2014–15 and 2016–17, and won back-to-back NBA All-Star Game Most Valuable Player awards in 2015 and 2016. In 2017, the year he won the league MVP award, ... more on Wikipedia

Russell Westbrook IS LISTED ON