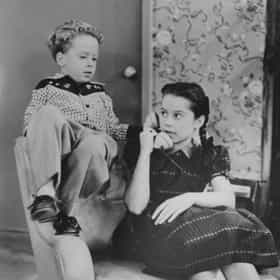 Russell Craig "Rusty" Hamer (February 15, 1947 – January 18, 1990) was an American stage, film and television actor. He is best known for portraying Rusty Williams, the wise cracking son of entertainer Danny Williams (Danny Thomas), on the ABC/CBS situation comedy Make Room for Daddy (later retitled The Danny Thomas Show), from 1953 to 1964. He reprised the role in three reunion specials and the sequel series, Make Room for Granddaddy, that aired on ABC from 1970 to 1971. ... more on Wikipedia

Rusty Hamer is ranked on...

The Locations of All Hollywood Walk of Fame Stars 417.9k VIEWS A list of stars on the Hollywood Walk of Fame, with photos. This list includes all television and movie stars. Acquiring a s...
Child Actors Who Tragically Died Young 38.4M VIEWS Child actors who died young include some of the most recognizable names in entertainment. All the actors and actresses liste...

Rusty Hamer is also found on...