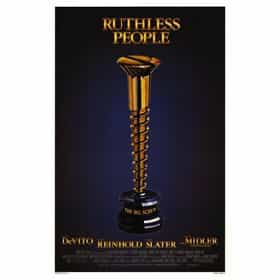 Ruthless People is a 1986 black comedy film written by Dale Launer, directed by David Zucker, Jim Abrahams, and Jerry Zucker, and starring Danny DeVito, Bette Midler, Judge Reinhold, Anita Morris, and Helen Slater, with Bill Pullman in a supporting role in his film debut. It is the story of a couple who taje their ex-boss's wife to get revenge and take money from him. They soon realize he does not want her back and was planning to take his life herself. ... more on Wikipedia

Ruthless People is ranked on...

Ruthless People is also found on...