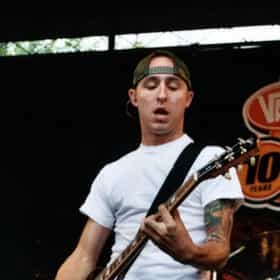 William Ryan Key (born December 17, 1979) is an American rock musician. He is best known as the former lead singer, songwriter, and rhythm guitarist of the former pop punk band Yellowcard. He is currently the owner/operator of a recording studio in Franklin, Tennessee, called The Lone Tree Recordings. He is currently touring and writing music under his full name, William Ryan Key, as a solo acoustic act. He has recently toured as guitarist/vocalist/keyboardist for New Found Glory. In late 2018, he played as a supporting act on Mayday Parade's Sunnyland tour along with This Wild Life. ... more on Wikipedia

Ryan Key is ranked on...

#98 of 119 The Best Musical Artists From Florida 3.6k VOTES Here are the best artists and bands from Florida. Home to some of the most talented and popular musical artists in the ...
#58 of 98 Who Is The Most Famous Ryan In The World? 1.3k VOTES How many celebrities named Ryan can you think of? The famous Ryans below have many different professions, as this list inclu...
Famous Rhythm Guitarists 15.9k VIEWS A List of Famous Rhythm Guitarists with photos! These are musicians who are masters of their craft. While it is often the si...

Ryan Key is also found on...