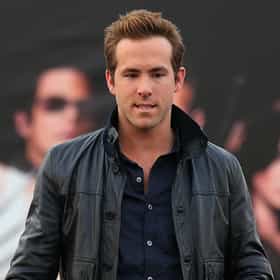 Ryan Rodney Reynolds (born October 23, 1976) is a Canadian-American actor, comedian, film producer, and screenwriter. He began his career starring in the Canadian teen soap opera Hillside and had minor roles before landing the role of Michael Bergen on the sitcom Two Guys and a Girl between 1998 and 2001. Reynolds then starred in a range of films, including comedies such as National Lampoon's Van Wilder, Waiting..., and The Proposal. He also performed in dramatic roles in Buried, Woman in Gold, and Life, and starred in action films such as Blade: Trinity, Green Lantern, and Safe House. In 2016, he starred as the title character in Deadpool. The film received critical and commercial ... more on Wikipedia

Ryan Reynolds is ranked on...

Ryan Reynolds is also found on...