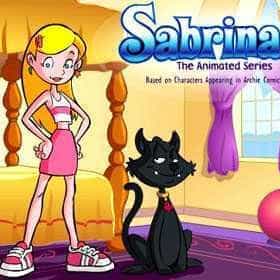 Sabrina: The Animated Series is an American animated television series based on the Archie Comics character Sabrina the Teenage Witch. It was produced by Savage Studios Ltd. and Hartbreak Films in association with DIC Entertainment, which was owned by Disney at the time. The cartoon is a spin-off of the popular live action series that ran on ABC. In 2002, a movie, Sabrina: Friends Forever, and a spin-off series, Sabrina's Secret Life, were produced by DiC, this time without the ownership of Disney. ... more on Wikipedia

Sabrina: The Animated Series is ranked on...