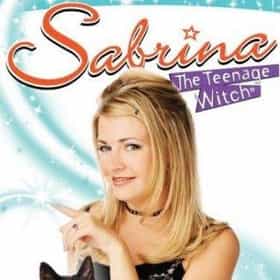 Sabrina, the Teenage Witch is an American sitcom based on the Archie comic book series of the same name. The show premiered on September 27, 1996, on ABC to over 17 million viewers in its "T.G.I.F." line-up. The show stars Melissa Joan Hart as Sabrina Spellman, an American teenage half-witch who, on her sixteenth birthday, discovers she has magical powers. She lives with her 600-year-old aunts, European witches Hilda and Zelda, and their magical talking cat Salem at 133 Collins Road in the fictional town of Westbridge, Massachusetts through most of the series. The series' first four seasons aired on ABC from September 27, 1996, to May 5, 2000; the final three seasons ran on ... more on Wikipedia

Sabrina, the Teenage Witch is ranked on...

Sabrina, the Teenage Witch is also found on...