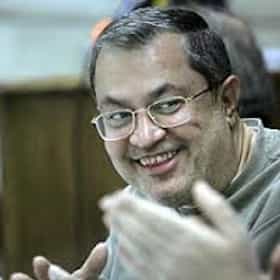 Saeed Hajjarian (Persian: سعید حجاریان‎, born 1954) is an Iranian reformist political strategist, journalist, pro-democracy activist and former intelligence officer. He was a member of Tehran's city council, and advisor to president Mohammad Khatami. On 12 March 2000, he was shot in the face by an assailant and severely disabled, an act many Iranians believe was in retaliation for his help in uncovering the chain murders of Iran and his significant help to the Iranian reform movement in general, according to the BBC. ... more on Wikipedia

Saeed Hajjarian is also found on...