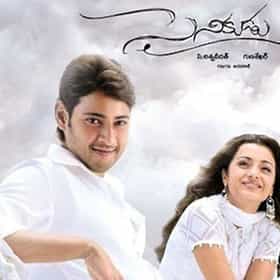 Sainikudu is a Telugu Dubbed in Malayalam as Sulthan, Tamil as Kumaran and Hindi as Ab Humse Na Takrana. film which was released on 30 November 2006. Gunasekhar directed this film. The film stars Mahesh Babu and Trisha in pivotal roles. The movie will also see Kamna Jethmalani in an item number as well as a cameo appearance. The film also had Irfan Khan as the main antagonist and Prakash Raj in a supporting role. Harris Jayaraj scored the music for the film. Balasubramaniam handled the camera work while Sreekar Prasad handles the editing. The music of the film was released on 21 October 2006. There was a lot of hype and expectation as this was Mahesh Babu's first film being released ... more on Wikipedia

Sainikudu is also found on...