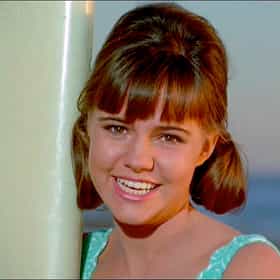 Sally Margaret Field (born November 6, 1946) is an American actress and director. She is the recipient of various accolades, including two Academy Awards, three Primetime Emmy Awards, two Golden Globe Awards, a Screen Actors Guild Award, and has been nominated for a Tony Award and two BAFTA Awards. Field began her professional career on television, starring in eponymous roles on the short-lived sitcoms Gidget (1965–1966), The Flying Nun (1967–1970), and The Girl with Something Extra (1973–1974). In 1976, her career saw a turning point when she garnered critical acclaim for her performance as the titular character in the miniseries Sybil, for which she received the Primetime Emmy Award ... more on Wikipedia

Sally Field is ranked on...

Sally Field is also found on...