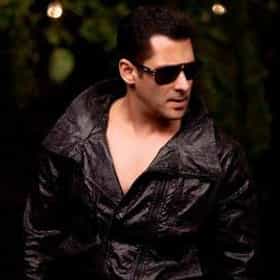 Abdul Rashid Salim Salman Khan (pronounced [səlˈmaːn ˈxaːn]; born 27 December 1965) is an Indian actor, producer, occasional singer and television personality. In a film career spanning over thirty years, Khan has received numerous awards, including two National Film Awards as a film producer, and two Filmfare Awards for acting. He has a significant following in Asia and the Indian diaspora worldwide, and is cited in the media as one of the most commercially successful actors of both world and Indian cinema. According to the Forbes 2018 list of Top-Paid 100 Celebrity Entertainers in world, Khan was the highest ranked Indian with 82nd rank with earnings of $37.7 million. He is also ... more on Wikipedia

Salman Khan's Loves & Hookups 14.5k views All of Salman Khan's past and present relationships. The Indian actor does not have a long list of girlfriends, but the wome...

Salman Khan is ranked on...

#80 of 389 The Most Overrated Actors Of All Time 1.2M VOTES This list of the most overrated actors of all time, has been ranked by critics and fans from all over the world. Actors are ...
#127 of 153 The Hottest Men Of 2018, Ranked 339.9k VOTES UPDATED: Check out the hottest celebrity men of 2019! Here are the most handsome men who won our hearts in 2018. Feat...
#52 of 63 The Hottest Guys of Summer 2012 Movies 12.4k VOTES The hottest guys of summer 2012 movies include veteran actors and several newcomers. All of them have one thing in common, t...
#60 of 80 Who Is The Most Famous Actor In The World Right Now? 171.6k VOTES With so many up-and-coming stars, as well as established celebs at the peak of their career, who really is the most fam...
19 Celebrities Who Probably Have Had Hair Transplants 855.2k VIEWS Here's a look at some famous men who started to go bald but were able to prevent it with a little help. These handsome celeb...

Salman Khan is also found on...