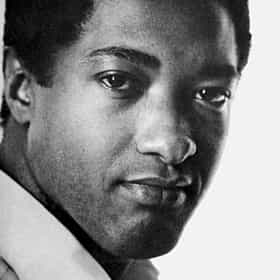 Samuel Cook (January 22, 1931 – December 11, 1964), known professionally as Sam Cooke, was an American singer, songwriter, civil-rights activist and entrepreneur. Influential as both a singer and composer, he is commonly known as the King of Soul for his distinctive vocals and importance within popular music. He began singing as a child and joined the Soul Stirrers before moving to a solo career where he scored a string of hit songs like "You Send Me", "A Change Is Gonna Come", "Wonderful World", "Chain Gang", "Twistin' the Night Away", and "Bring it on Home to Me". His pioneering contributions to soul music contributed to the ... more on Wikipedia

Rising Soul Singer Sam Cooke Perished Under Mysterious Circumstances In 1964 And The Case Is Still Unsolved 5.1k views In 1964, the US became more involved in the Vietnam conflict, the Beatles caused women all over the world to scream wildly, ...
The Best Sam Cooke Albums of All Time 689 votes Before his untimely death in 1964, Sam Cooke was on his way to becoming one of the greatest male singers of all time. Nickna...

Sam Cooke is ranked on...

Sam Cooke is also found on...