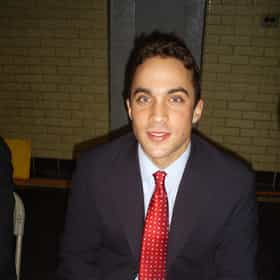 Samuel Babson Fuld (born November 20, 1981) is an American former professional baseball outfielder. He played eight seasons in Major League Baseball (MLB) for the Chicago Cubs, Tampa Bay Rays, Oakland Athletics, and Minnesota Twins. He is currently the major league player information coordinator for the Philadelphia Phillies. Fuld was diagnosed with type 1 diabetes at the age of 10. He began his baseball career by twice batting .600 in high school, during which time Baseball America ranked him 19th in the country. He played college baseball at Stanford. There, he was a two-time All-American, set the school record for career runs scored, and established the College World Series record ... more on Wikipedia

Sam Fuld is ranked on...

#28 of 64 The Greatest Jewish Players In MLB History 1.6k VOTES Who are the best Jewish MLB players? There are certainly more than a few MLB All-Stars on this list for you to choose from. ...
Famous People Named Samantha 20.1k VIEWS If your name is Samantha, then you're in some great company. Here's our list of the most famous people named Samantha, inclu...
Famous People Named Sam & Samuel 62.4k VIEWS List of famous people named Sam or Samuel, along with photos. How many celebrities named Sam can you think of? The famous Sa...
55+ Famous People with Diabetes 113.1k VIEWS List of Famous People with Diabetes, loosely ranked by fame and popularity. Diabetes is a term for metabolic diseases that r...
26 Famous Athletes Who Are Diabetic 20.1k VIEWS This list contains information about athletes who are diabetic, loosely ranked by fame and popularity. Several famous NFL pl...
32 Famous People with Diabetes 177.5k VIEWS Test strips, blood sugar monitors, and insulin pumps are all part of a day in the life of someone living with diabetes. Seve...

Sam Fuld is also found on...