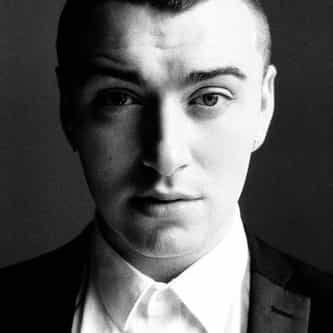 Samuel Frederick Smith (born 19 May 1992) is an English singer and songwriter. They rose to prominence in October 2012 after being featured on Disclosure's breakthrough single "Latch", which peaked at number eleven on the UK Singles Chart. Smith was subsequently featured on Naughty Boy's "La La La", which became a number one single in May 2013. In December 2013, they were nominated for the 2014 Brit Critics' Choice Award and the BBC's Sound of 2014 poll, winning both. ... more on Wikipedia

Sam Smith IS LISTED ON

l7 bricks are heavy songs, most scary video game bosses, best foreign films 2019, where was et filmed, songs with the word live in the title, losing your virginity to a stranger, songs that start with s, best boat brands 2016, what is the most popular song in the world 2019, best ever albums