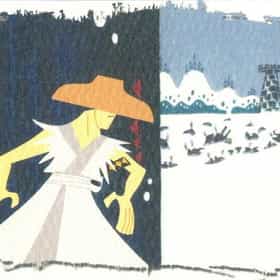 Samurai Jack is an American animated television series created by Genndy Tartakovsky for Cartoon Network. The series follows Jack, a time-displaced samurai warrior prince, in his singular quest to travel back in time and defeat the tyrannical demonic wizard Aku. The series is known for its cinematic atmosphere, masking-based animation style, and battle scenes which pay homage to samurai films. Tartakovsky drew from a number of influences when creating the series, including the 1970s series Kung Fu, classic anime, and the works of directors Akira Kurosawa and David Lean. The series premiered on August 10, 2001, with a TV movie called The Premiere Movie. As the series went on, ratings ... more on Wikipedia

The 13 Best Anime Like Samurai Jack 429 votes Samurai Jack first aired in 2001, but it's stayed alive in fans' hearts since then. Because it originated in the USA, it isn...

Samurai Jack is ranked on...