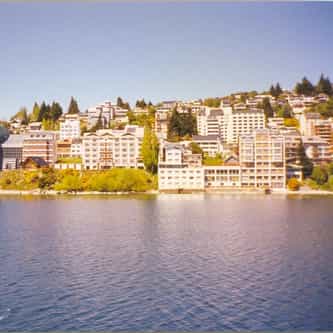 San Carlos de Bariloche, usually known as Bariloche, is a city in the province of Río Negro, Argentina, situated in the foothills of the Andes on the southern shores of Nahuel Huapi Lake. It is located within the Nahuel Huapi National Park. After development of extensive public works and Alpine-styled architecture, the city emerged in the 1930s and 1940s as a major tourism centre with ski, trekking and mountaineering facilities. In addition, it has numerous restaurants, ... more on Wikipedia

#2 of 33
4.5k VOTES The Most Beautiful Cities in South America