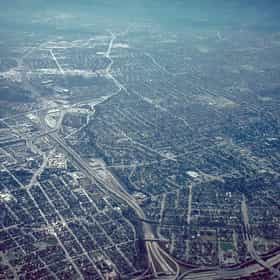 San Jose is the third-largest city in California, the tenth-largest in the United States, and the county seat of Santa Clara County. San Jose is the largest city within the Bay Area and the largest city in Northern California. San Jose was founded on November 29, 1777, as El Pueblo de San José de Guadalupe, the first civilian town in the Spanish colony of Nueva California. The city served as a farming community to support Spanish military installations at San Francisco and Monterey. When California gained statehood in 1850, San Jose served as its first capital. After more than 150 years as a small farming community, the San Jose area in the mid-20th century contained some of the ... more on Wikipedia

Things To Do With Kids In California's East Bay 282 votes This list of kid-friendly sights and attractions in the East Bay of the San Francisco Bay Area is a great starter list of th...

San Jose is ranked on...

San Jose is also found on...