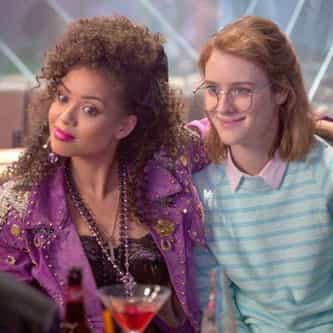 "San Junipero" is the 4th episode of Series 3 of British science fiction anthology series Black Mirror. The episode is set in a beach resort town named San Junipero, where the introverted Yorkie (Mackenzie Davis) meets the more outgoing Kelly (Gugu Mbatha-Raw). The town is part of a simulated reality the elderly can inhabit, even after death. In addition to several other accolades, "San Junipero" won two Primetime Emmy Awards in the Television Movie and Writing for a ... more on Wikipedia

San Junipero IS LISTED ON