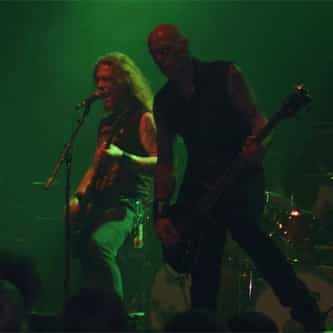 Sanctity was a heavy metal band from Asheville, North Carolina, United States. They formed in 1998 and have released two albums, In the Name of the Mother the Daughter and the Holy Will on May 11, 2004 and Road to Bloodshed on April 24, 2007. They were in the midst of writing material for another album, with an undisclosed new vocalist, which to fans' great chagrin did not have a chance to come to fruition before the band's dissolution in 2008. Founder, songwriter and lead guitarist Zeff ... more on Wikipedia

Sanctity IS LISTED ON