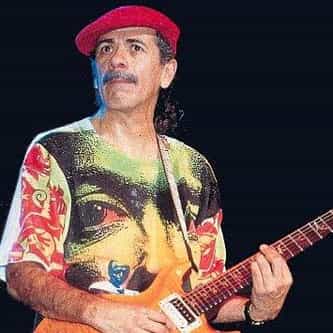 Santana is a Latin rock band, founded in San Francisco during the late 1960s by Carlos Santana as a vehicle for his compositions and guitar style. The band first came to widespread public attention when their performance of "Soul Sacrifice" at Woodstock in 1969 provided a contrast to other acts on the bill. This exposure helped propel their first album, also named Santana, into a hit, followed in the next two years by the successful Abraxas and Santana III. In the years that ... more on Wikipedia

Santana IS LISTED ON