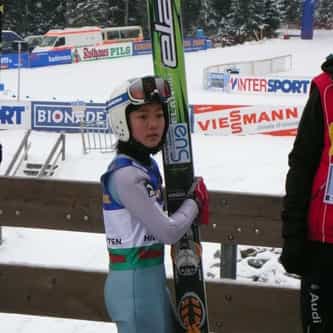 Sara Takanashi (高梨 沙羅, Takanashi Sara) (born 8 October 1996) is a Japanese ski jumper. She is the most successful female ski jumper to date, as well as one of the most successful athletes in the history of the sport, having won four World Cup titles (an all-time record shared with Matti Nykänen and Adam Małysz), five World Championship medals, and a Winter Olympic medal. As of March 2019, Takanashi holds the record for the most individual World Cup wins, male or female, with 56. ... more on Wikipedia

Sara Takanashi IS LISTED ON