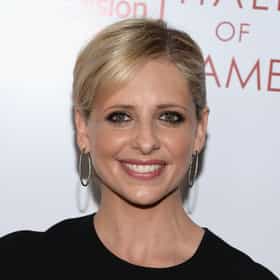 Sarah Michelle Prinze (née Gellar; born April 14, 1977) is an American actress, producer and entrepreneur. After being spotted by an agent at the age of four in New York City, she made her acting debut in the made-for-television film An Invasion of Privacy (1983). Her television breakthrough came in 1993, when she originated the role of Kendall Hart on the ABC daytime soap opera All My Children, winning the 1995 Daytime Emmy Award for Outstanding Younger Actress in a Drama Series. Gellar received widespread recognition for her portrayal of Buffy Summers on the WB series Buffy the Vampire Slayer (1997–2003), which earned her five Teen Choice Awards and a Golden Globe Award ... more on Wikipedia

Sarah Michelle Gellar is ranked on...