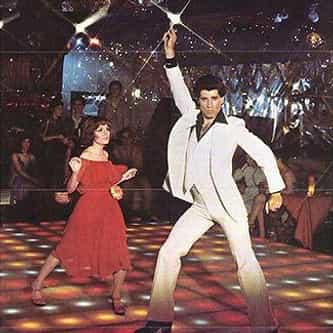 Tagline
Catch it.
Where do you go when the record is over...

Saturday Night Fever is a 1977 American drama film directed by John Badham. It stars John Travolta as Tony Manero, a working-class young man who spends his weekends dancing and drinking at a local Brooklyn discothèque; Karen Lynn Gorney as Stephanie Mangano, his dance partner and eventual confidante; and Donna Pescow as Annette, Tony's former dance partner and would-be girlfriend. While in the disco, Tony is the champion dancer. His circle of friends and weekend dancing help him to ... more on Wikipedia

131 votes The Most Memorable Quotes From 'Saturday Night Fever'

Saturday Night Fever IS LISTED ON