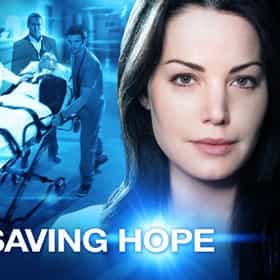 Saving Hope is a Canadian television supernatural medical drama, set in the fictional Hope Zion Hospital in Toronto. The show's central character is Dr. Alex Reid, a doctor whose fiancé, Dr. Charles Harris, is in a coma after being in a car accident. The show follows the life of Charlie in his coma state, and Alex dealing with patients, and hoping that he will survive. Dr. Reid is the Chief Surgical Resident while Dr. Harris was the Chief of Surgery until his accident. Dr. Harris recovers at the end of season 1, but is able to see the spirits of comatose and dead patients through season 2. This comes in handy at the start of season 3, when Dr. Reid ends up in a coma. The show ... more on Wikipedia

Saving Hope is ranked on...

Saving Hope is also found on...